HOLODOMOR – to kill by starvation – defines a horrific tragedy in the history of mankind: the genocide committed against the Ukrainian people by the Soviet regime in 1932 – 33 as authorized by its leader Josef Stalin. Apologists of totalitarian dictators would have you believe that what occurred in Ukraine in the years 1932-33 was a famine of large proportion due to a drought. And for decades, information about the HOLODOMOR was repressed and denied by the Soviet regime despite eyewitness accounts by Western diplomats and journalists. Current estimates based on an analysis of recently revealed Soviet census data suggest that millions of men, women, and children perished from forced starvation during a period of abundant harvest in their homeland, a country known as the Breadbasket of Europe. 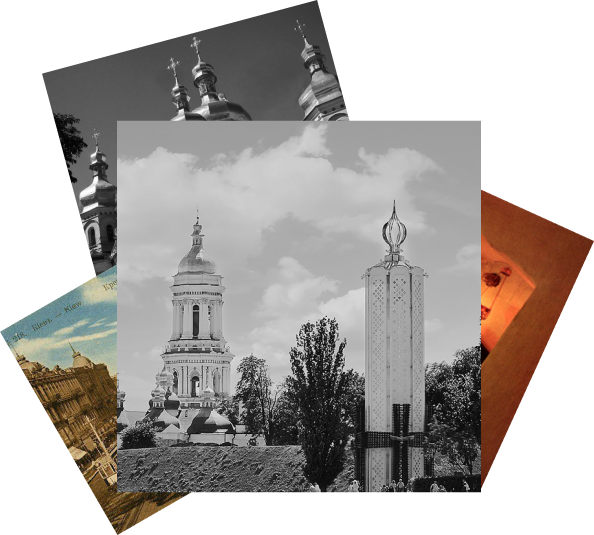 Stalin’s plan, while killing a large portion of the Ukrainian population that resisted his Soviet totalitarian rule, also resulted in millions of innocent people suffering the horrors of starvation but surviving. These were the heroes of that time who lived to tell their descendants the truth that most of the western world was unwilling to acknowledge at the time. Their perseverance and commitment to share their eyewitness accounts has led to current widespread recognition of the 1932-33 Famine in Ukraine for what it was, a genocide against the Ukrainian Nation. But the work is not finished and taking up the mantle of the Holodomor Survivors are their Descendants. The descendants will be a personal and perpetual voice for the Holodomor victims, continuing to share the personal accounts of their ordeal.

For the Ukrainian people, the Holodomor was a tragedy that deeply hurt the nation but failed to achieve Stalin’s goal. In addition, the survivors of the Holodomor-Genocide shared first-hand eyewitness accounts of the horror they and their families suffered. The Holodomor- Genocide is embedded deeply in the national memory of a nation that for centuries fought off foreign aggressors and continues today to fight Russian occupying forces.

You may wonder why we, Ukrainian descendants, keep bringing up the tragedy of the Holodomor-Genocide. One of the most valuable lessons history offers is the opportunity to learn from the past so that great accomplishments can be repeated, and great tragedies are not repeated. Although for us it is also about honouring the victims of the Holodomor-Genocide who valiantly stood up to an evil communist regime that wanted to take away their freedoms, and sharing the personal accounts of parents, grandparents, aunts and uncles who survived the Holodomor-Genocide and lived to tell the truth. 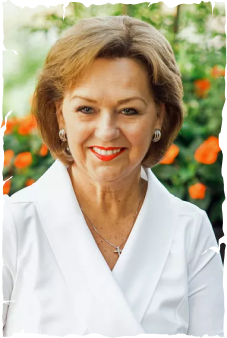 Olya grew up in a patriotic Christian family that contributed to the Ukrainian community through many organizations their entire lives. Olya’s inspiration in life is her parents who lived through unimaginable horrors and found a way to contribute their efforts on behalf of Ukraine’s independence and sovereignty. Olya is an active member in many community organizations in the United States.

Olya’s Maternal Grandparents, Mother, Aunt and Uncle and extended family experienced the Holodomor in the Zhytomyr Oblast of Ukraine. They suffered for many years after her grandfather was arrested for refusing to comply with the Soviet collection of food orders and the rest of the family was banished from their home. They were fortunate to survive these tragedies and escape to a displaced-persons camp in Weissenberg, Germany, where Olya’s mother and father met, married and later emigrated to the United States. They settled in Chicago, Illinois, where Olya was born.

The GLOBAL HOLODOMOR DESCENDANTS’ NETWORK was established by the Ukrainian World Congress on the initiative of its International Coordinating Committee for Holodomor Awareness and Recognition. The Network will be led and comprised of blood relative descendants of victims of Ukraine’s Holodomor and will operate to a Global Mission and Set of Objectives while executing regionally through local Networks. The first such network has officially launched in the United States of America under the Ukrainian Congress Committee of America’s US Committee for Holodomor-Genocide Awareness in 2020 and recently launched in Canada under the auspices of the Ukrainian Canadian Congress National Holodomor Awareness Committee. 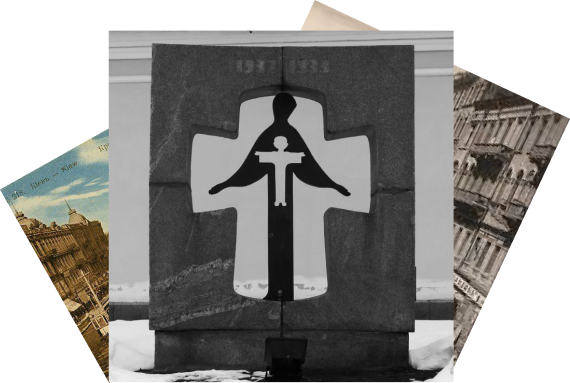 A memorial sign to the victims of the Holodomor

We invite Descendants of all Holodomor victims to add your voice to our Holodomor Descendants’ Network. Participation in the Network may be at a level that is comfortable and meaningful for you given your individual circumstances. Join in order to receive information on research, activities, events or join to be more active in sharing family accounts and actively supporting awareness / educational/ commemoration initiatives. The choice will be yours.

If you are a descendant of Holodomor victims, add your voice to our Holodomor Descendants Network

*Please indicate "Holodomor Descendants Network" in the comments in your donation

The Holodomor Descendants Network is sponsored by the Ukrainian World Congress

SEND US A MESSAGE